Singrauli in Madhya Pradesh is one of the districts with immense natural history. It was once ruled by the Rewa princely state and its architectural history dates even back from those times. It has remained one of the cradles of civilization in India and this can be seen in the numerous architectural evidences present around the district. One of the most important tourist destinations in Singrauli are the Mada Caves. Located in Mada tehsil about 32 kms from Waidhan, these caves date back to the 7th -8th century. 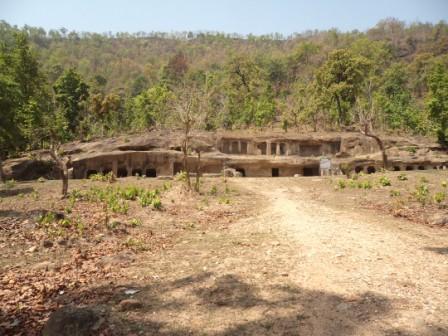 Singrauli lies in the forest belt in the heart of India and is surrounded by hills, mountains, rivers and valleys. These mountains and hills have been considered some of the most treacherous in the state. It is in the midst of these hills and valleys is located, the Mada Caves. These caves are not only beautiful examples of rock cut architectures but also important from the view of iconography. These caves consist of a series of caves which have been known by various names like Vivah Mada, Ganesh Mada, Jaljalia Mada etc. 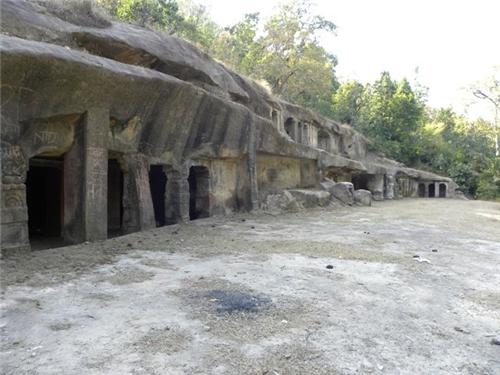 Vivah Mada is one of the caves in the series and it is a single long cave divided into three portions. This cave faces north and the legend has it that Lord Ram and Sita were married in this very cave. The cave is built such that there are rooms, which are supported, by pillars and large verandahs all around with a Shivling in the middle. It is a two-storey structure but only the lower storey has survived today but some evidences of an upper storey construction is still visible. 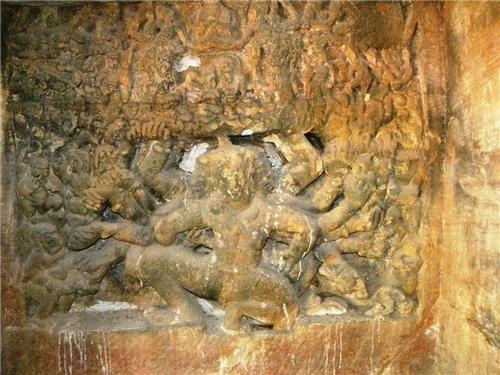 These are twin caves, with Ganesh Mada facing north and Shankar Mada facing south. Ganesh Mada consists of three rooms of which the middle room contains of the Shivling on a raised platform made of stone. The most fascinating aspect of this cave is that the entrance to the cave lies on the top, in the roof of the cave, which also has a Ganesh statue. Shankar mada caves is carved out of the same mountain on the other side as the Ganesh Mada and has a statue of Lord Shiva in Natraj avatar. There are also two Shivalingas on top of the mountain with the large one called Pathiya and the smaller one called Paila. 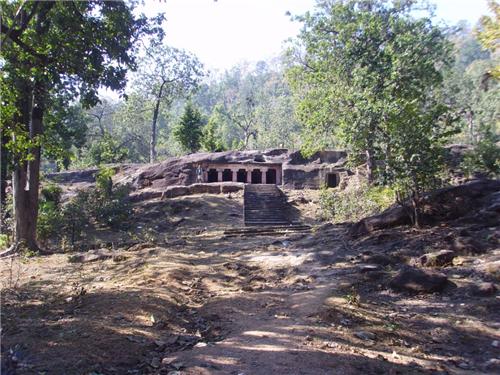 These caves are north-east facing and also cut out of a single mountain. This cave has some of the most beautiful architectural nuances and is one of the most famous in the region. Legend has it that Raavan stayed in this very cave resulting in it being called Raavan Mada. 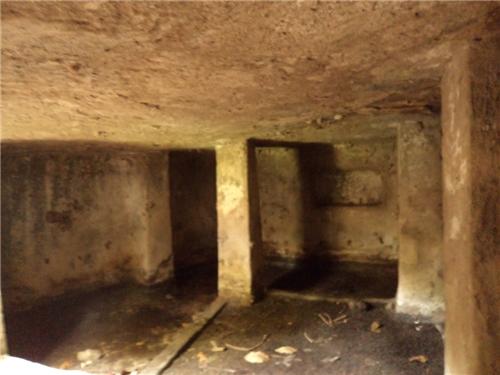 This cave complex consists of two caves of which one is a temple cave and the other is an underground cave which in in the form of a pool. The temple consists of Lord Shiva statue and the statue of a goddess. The most interesting aspect is that the pool cave has an unidentified source of water and was probably used as a bathing pool in ancient times. Legend has it that the devotees who used to come to the temple for worship probably used the underground bathing pool to bathe and wash and the cave as changing rooms. About 200 meters away from this cave, there is a small temple dedicated to Goddess Sita known as Sita Kuti. Near this is a small waterfall, which is also known as the wish-fulfilling waterfall and hence popular among the locals.

This is about 4km away from the Mada cave complex and the Mada market. This is a popular picnic spot. The most interesting aspect is that there is a river which flows right through the forest making it ideal for a fun day out in the woods with the family.

It is about 32 kms from Waidhan and frequent bus service can be availed of from Waidhan, Sidhi and Rewa. The best, easiest and most convenient is to hire a taxi and travel by road via Parsauna and Khutar or via Reliance power plant and Makrohar village.

The best time to visit is from October to March as summers can get very hot in Central India. But the best time to enjoy the local culture and traditions is during the Diwali fair held coinciding with the Diwali week.