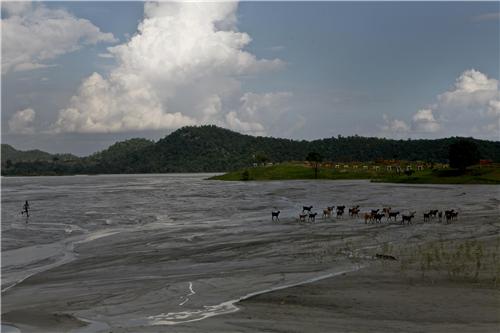 Singrauli is one of the most important districts in the Madhya Pradesh and a town of strategic importance in India owing to its immense energy generating potential. Due to this, it is also known as the Power Hub of India or the Energy Capital of India. Singrauli became the 50th district in Madhya Pradesh in 2008 and is composed on the regions in eastern part of Madhya Pradesh and the adjoining part in southern Uttar Pradesh. The municipal area of Singrauli encompasses 3 districts of Singrauli, Deosar and Chitrangi with its district headquarters at Waidhan.

Singrauli is not only a strategically important town for mining and industries but is also important from the cultural and historical perspective. It was traditionally a part of the Rewa Princely state till 1947 and was a region considered to be highly treacherous and dangerous. It is a picturesque town with a wealth of natural features likes mountains, rivers and greenery. Singrauli has fast tracked into development in recent times after the onset of the mining industry here but till recently was a quiet town nestled among the hills. The development is mostly around the important industrial clusters of NTPC, NCL, Reliance, Essar etc which have grown into self-contained units catering to the requirement s of their employees and residents alike.

Main Zones of the City

The main features, which have affected the spatial arrangement of the city, is its topography, transportation routes and mining areas. The city is mainly divided into two zones, one being the Morwa region, north of the NH75E, which comprises of the mining areas and agricultural land and the other one being Waidhan area which is developing as the district headquarters and the nucleus of development fuelling the growth of the region.

The areas which comprise the NCL township is jhingurda, Diduchwa, Jayant, Nigahi, Amlori, Gorvi, NCL Morwal. It comprises a total area of 462 hectares and is one of the major townships in the city.

This is one of the major townships in the city and also the oldest. It is located on the north west bank of the Rihand reservoir and is one of the biggest thermal power plants in the country. The township is located beside the plant premises and consists of 4 colonies, NH1, NH2, NH3, and TTC. Besides this there are also clubs, swimming pool, recreation centre, Russian complex, schools, playground etc.

Waidhan is the district headquarters and is one of the most important strategic and commercial centres of the city. It comprises of the areas of Ganyari, Bilounji, Civil Lines, Majan Mod, Waidhan, Dasoti, Kachani and Deora covering an area of 521 hectares.

Due to rapid development of industries, there has been numerous localities and people who have been displaced owing to the land being acquired for development and mining purpose. The township of Navjivan Vihar was mainly developed as an alternative settlement for these displaced people. It is now of the major residential and commercial areas of the city.

Morwa is mainly the mining sector of the city which lies to the north of the main highway NH75E. This comprises of the areas of Madoli, Bhagat Singh colony etc.

With rapid development, there has been a consequent increase in the number of residential areas in the city. These areas cater to both the needs of the locals, and also the migrant population, which has settled in the city mainly seeking employment in its numerous industries. Some of the major housing colonies are Jhingurda colony, Dudhi Chua, Ganiyari, Vindhya Nagar, Nigahi, Bilaunji, Amlori, Gorbi, Majan Mode area, Morwa, Baragwan etc. Currently the Madhya Pradesh Housing Board has announce the ‘Panchkora Housing scheme’ which will be spread across 8.82 acres.

Trade and commerce plays a vital role in the economy of the city. The city gets its grains and commodities from the Baghelkhand regional wholesale market. Some of the important commercial areas are Waidhan Bilauji, Navjivan Vihar and Morwa. Apart from this there are also informal haats and bazaars which spring up on certain weekdays in some areas which cater to the daily needs of the locals like vegetables, fruits, grains etc.

While mining and other industries have taken over the landscape of the region, Singrauli is also famous for its historical significance. The Mada caves are an exemplary example of rock cut architecture and date back to the 7-8th century. The other areas of tourist significance are the dams and reservoirs, waterfalls and other temples and religious places.
Singrauli is on a fast track of growth and will soon oust the neighboring towns in terms of growth parameters. While development and growth have gone hand in hand in this city, it has also held fast to its famed historic heritage. It is a charming city full of the famous warm Indian hospitality and also vibrant development.