Singrauli located in the north eastern corner of the state of Madhya Pradesh is one of the most important economic zones of the state. The region which initially started off as an agricultural economy is now known as South Asia’s largest industrial base. The discovery of coal in the region has fueled the economy with many state owned as well as private owned Thermal power stations situated here. Owning to the enormous energy potential of Singrauli, it is also known as the Energy Capital of India.

Singrauli lies in the forest belt of Central India, which remained mainly agricultural and pastoral community for much of its known history. The discovery of coal in the region by English Captain Rabthan led to the setting up of the first open cast mine at Kotav in 1857. Later Coal India Ltd set up the first modern operations in the region laying the road for full-fledged mining activity here.

Singrauli is host to some of the oldest thermal power stations and operational coal mines in the country. Apart from this there are also other industrial units like aluminum smelting plant, coal mines, coal-fired power plants, railroad lines  and other related infrastructure. Where initially the industries were mostly state run units like the National Thermal Power Corporation and Northern Coalfields Ltd, today a host of private players are engaged in the region like Reliance, Essar, Hindalco, Jaypee and also many public private partnerships are on the anvil. The total installed capacity of thermal energy production is 11070 MW and is almost 10% of the total installed capacity of the country. 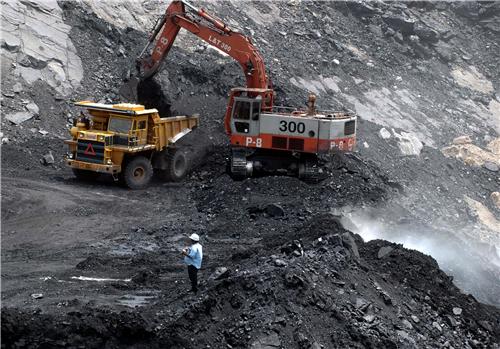 In a effort to kickstart the economy of the state of Madhya Pradesh, various investment corridors have been proposed one of which is the Jabalpur-Satna-Singrauli investment corridor. It is a 370km long investment corridor spanning six districts of an estimated area of 9600 sq.km. This corridor is rich in forest and mineral resources and some of the proposed industries for investments are Cement and Gypsum plants, Power plants, Agro processing park, Basic metals industries etc.

Singrauli was essentially an agricultural community with the local population dependent mainly on farming and forest produce. The forests are home to the local tribes who earn their living from the trees like Saguan, Mahua, Chironji, Tendu etc. This region lies in the warm tropical monsoonal climate zone with an annual rainfall of 1014mm and hence ideal for growing crops like Rice, Maize, wheat, Pigeon Pea, Chickpea, Barley etc.  Apart from this, there is also thriving livestock, poultry and fisheries industry.